Where is the Deadliest Highway in America? 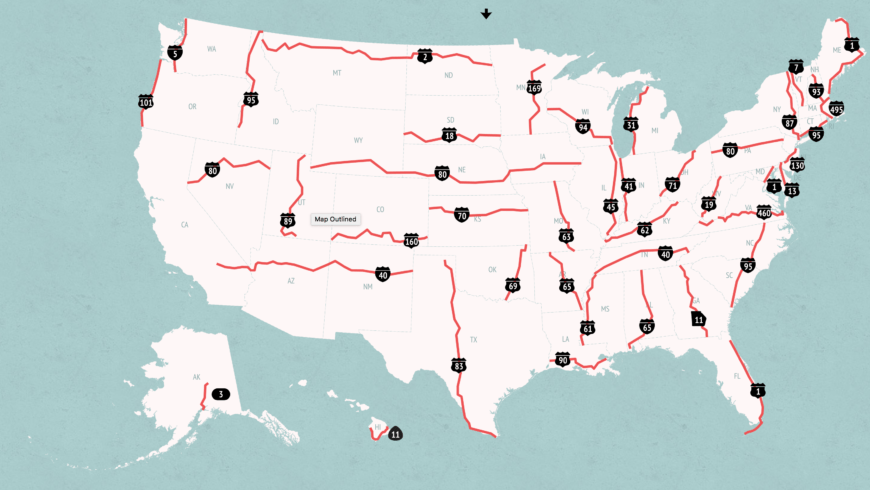 Geotab, a global fleet management company, recently released a study outlining the 50 most dangerous highways in the United States. Of the 50 highways listed, 4 out of the top 5 highways are in Florida!

Geotab analyzed ten years worth of the National Highway Traffic Safety Administration raw accident data, looking specifically for road fatalities and fatal crashes, then weighed those statistics based on the average daily traffic patterns from the Federal Highway Administration.

Based on these figures, the firm calculated the total number of crashes, fatalities, and a “fatal crash rate”. With every variant, Florida’s highways found themselves at the top.

The previous year, a different study from The Auto Insurance Center, ranked the nation’s two most dangerous highways as I-10 and I-95, both of which are major Florida arteries.

Meanwhile, a third study, names another Florida thoroughfare, I-4, a highway, from Daytona Beach to Tampa, as the deadliest highway based on fatalities per mile.

Our recommendation, stay on the beaches and in the restaurants. The Sunshine State is home to 7 of the 10 deadliest cities in America for pedestrians as well.

Gabriel F Zambrano is a long time resident of South Florida who has practiced law throughout the State of Florida since 1994. He began his career handling commercial litigation and insurance defense cases which allowed him to develop skills in handling cases throughout the entire process from an early claim through trial. His trial experience includes handling complex and catastrophic injury cases, as well as multiple trials that approached or exceeded thirty days at trial. In 2011, he was invited to serve as co-counsel in an Engle Tobacco trial that resulted in one of the largest reported verdicts in 2011. Today, he advocates on behalf of victims of personal injuries, assists individuals seeking justice, develops mass tort projects where patients suffer injuries from drugs or pharmaceutical devices, as well as handling ongoing cases in already existing mass tort proceedings.